Bed and Breakfast La Tosca near the Sea

Marina di Massa is situated between the Tyrrhenian coast and the range of Apuan Alps that reach a height of 2000 metres. From ancient times, this strategic position has been the centre for trade and pilgrimages along the Via Francigena.

One can wander from the sandy beaches of the Apuo-Versilia coast, up to the paths overlooking the sea on Monte Marcello, very attractive for those who prefer relaxing on the beach, as well as those who prefer discovering hidden coves and breathtaking views over the sea.

What to do in Marina di Massa

For the more sporty, The Apuan Alps are a definite place to visit:

With well- kept walking paths maintained by the CAI and many fixed route-ways and rock walks situated on the Apuan Arch.

The possibility to admire the Massa Panorama is not limited to above-ground. Underneath the surface, there is one of the largest Italian Karstic complexes with the Corchia Abyss which goes down 1300 metres. It is the deepest cave in Italy and amongst the twenty deepest caves in the world.

You can visit the underground world in a less strenuous way, by means of the Marble Tour with organised visits to the marble quarries.

For those who love good food and wine, Massa offers countless opportunities to taste the typical Massese cooking: from summer food festivals to small restaurants which abound between the coast and the mountains. You must please try our "Tortellini Massesi" and our famous dessert "Torta di Riso" that inevitably cause rivalry between families as they secretly conceal their recipes from one another.

Did you know that...

NEWS: We, at" La Tosca" organise tasting and guided tours to the most famous artisan breweries in our territory.

How to reach the B&B in Marina di Massa 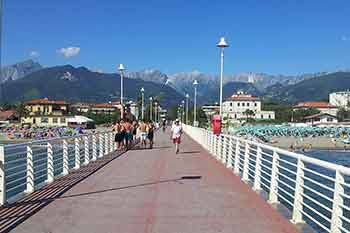 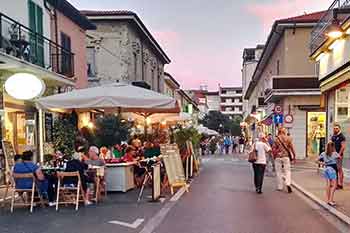 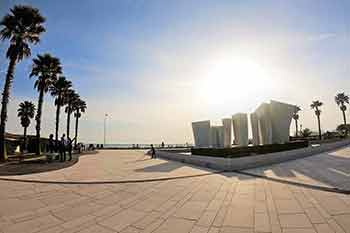 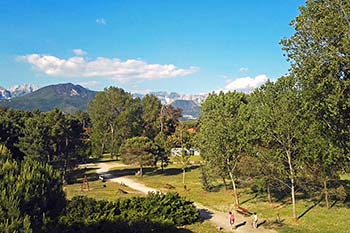